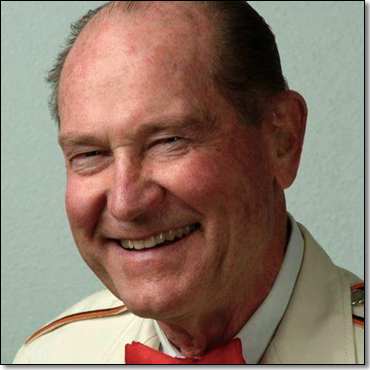 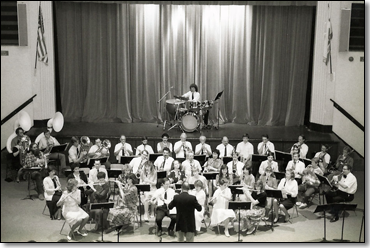 History of the Show Band

The Ontario/Chaffey Community Show Band was organized in 1985 when former Chaffey High School students urged band director Jack Mercer to come out of retirement and organize an Alumni band.  He agreed and 42 musicians, representing a wide variety of occupations from doctors, lawyers, dentists, mechanics, educators, the Chief of Police and other professions, picked up their instruments and began to play again.

The band's first sponsor was the Chaffey Adult School.  For twenty-seven years Mr. Mercer directed the Chaffey High School Marching Tiger Band.  They appeared regularly as half-time entertainment for the Los Angeles Rams.  Their Coliseum shows had been seen nationally over CBS.

When the new band needed a home, the Chaffey District offered a rehearsal hall and equipment as well as an auditorium for their performances.  For six years, they gave one performance a month in the 600 seat Hill Auditorium.  As the attendance grew to an overflowing crowed, it was necessary to move into the two thousand seat Gardiner Spring Auditorium.

As the Showband grew in popularity, the Ontario City Council stepped in and provided a annual budget for the band.  In return, they requested that the Show Band provide one FREE concert a month for 10 months out of the year.

The Showband continually performs and also reaches out to collaborate with many other programs throughout the region, including Upland, Pomona, Los Angeles, Chino, Lake Ellsinore, Disneyland, Lake Havasu, Bullhead City, and Laughlin, Nevada.

Over these last 30 years, the Ontario/Chaffey Show Band has performed for over 500,000 music lovers as the filming of each of the bands performances was televised on public television.  At the end of the 2012-13 concert season, founding director R.Jack Mercer passed the baton to Associate Director Dr. Gabe Petrocelli and Jack was appointed the position of Director Emeritus.

Sadly, our beloved founder passed away on August 27th, 2014.  David Allen of insidesocal.com and the Inland Valley Daily Bulletin wrote a wonderful tribute piece that you may read here.  Jack may no longer be with us in body, but his spirit, his genuine love of music, and his legacy will live on through our music.